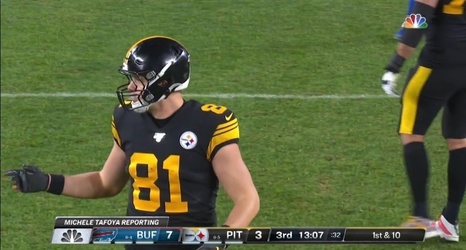 All offseason, I’ve written about how we should know by the end of the 2020 NFL Draft how the Pittsburgh Steelers really feel about young tight end Zach Gentry, the team’s fifth-round draft pick last year. With all that’s transpired this past week, I no longer believe we must wait until the draft concludes to know what the Steelers think about Gentry.

Exactly one week ago it was first reported that the Steelers were restructuring the contract of veteran tight end Vance McDonald. While that restructure did include McDonald taking less overall money in 2020, it also included him receiving $4 million in the form a signing bonus, which is guaranteed money.