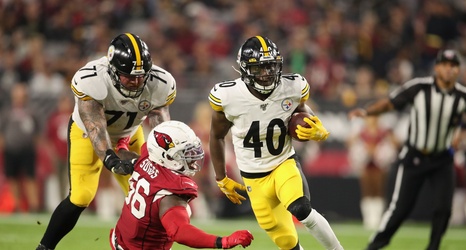 Without Ben Roethlisberger stretching the field against defenses this season, teams have been able to stack the box often against the Steelers. As a result, their rushing attack has not been a threat like it has been in years past.

James Conner was a Pro Bowl running back as a rookie in 2018. Though he has barely played since suffering a shoulder injury against the Dolphins in Week 8, the second-year running back hasn’t been nearly as effective this season. Conner has managed just 3.8 yards per carry on the ground over 102 rushing attempts.