Steelers Quarterback Competition ‘Brings Out The Best’ In All Involved, Matt Canada Believes 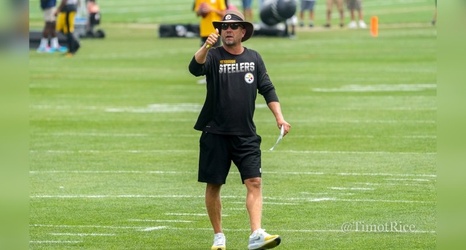 Even with some of the outside noise growing louder and louder regarding concerns with the training camp performances of veteran quarterback Mitch Trubisky and rookie first-round draft pick Kenny Pickett compared to fifth-year veteran Mason Rudolph at Saint Vincent College in Latrobe, the Pittsburgh Steelers — especially second-year offensive coordinator Matt Canada — feel good about the direction of the quarterback room overall.

It’s never easy replacing a legend at the most important position in all of sports, which is what the Steelers are attempting to do this season after the retirement of Ben Roethlisberger following 18 seasons under center in the Steel City.