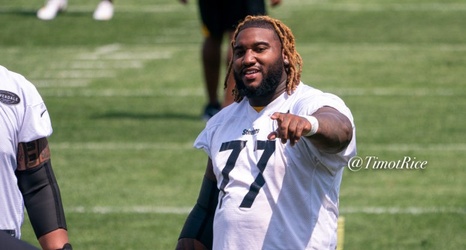 The Pittsburgh Steelers have protected four players on their practice squad this week according to the NFL’s transaction report. Those four are: OG Derwin Gray, OLB Jayrone Elliott, RB Wendell Smallwood, and DL Henry Mondeaux.

The Steelers are indeed signing T Jerald Hawkins to the active roster from the Texans practice squad, per the transaction report.

Elliott, Mondeaux, and Smallwood were all protected last week.