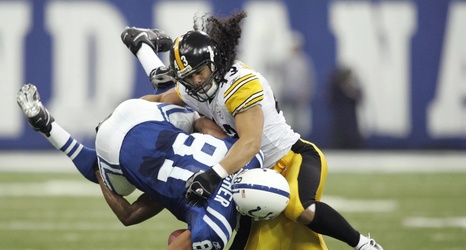 As we check the plutonium on our BTSC Delorean and make certain that our flux capacitor is indeed fluxing, we head back to a time when NASA’s Stardust mission as the first to return dust from a comet ended, movie viewers were enjoying Glory Road in theaters and radios were playing “Laffy Taffy” by D4L like crazy. Meanwhile Steeler Nation was buzzing as the black-and-gold were gearing up for a Divisional Playoff against the top-seeded and 14-2 Indianapolis Colts.

The Steelers entered the postseason as the sixth seed and were traveling to Indiana after their upset win over rival Cincinnati the previous week.