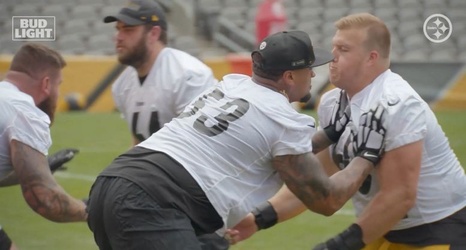 The Pittsburgh Steelers have officially placed center Maurkice Pouncey on their reserve/retired list, cementing the retirement announcement he made two weeks ago.

Pouncey made the announcement on February 12th, hanging up his cleats alongside twin brother Mike Pouncey. His retirement saves the Steelers over $7 million in cap space.

Maurkice played for the Steelers throughout his entire NFL career, drafted by the team 18th overall in 2010. He made 134 career starts, selected to nine Pro Bowls and two All-Pro teams.