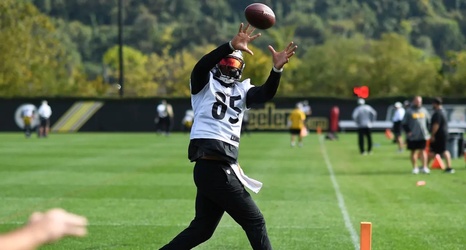 Ebron's season has been put on hold as a result of a knee injury suffered against the Los Angeles Chargers last week that will require surgery. Ebron had caught each of his final 11 targets prior to his injury including a touchdown reception against the Chargers. He had been hampered by a hamstring injury as well as the emergence of rookie tight end Pat Freiermuth this season.