Steelers, Pierre hold on for win over Broncos 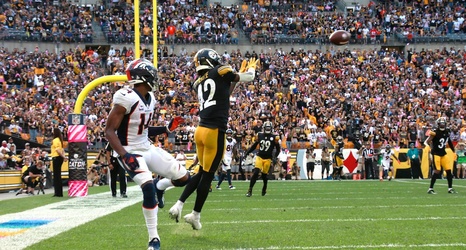 With do-it-all-cornerback Cam Sutton sitting out with a groin strain, the Steelers used a lot of different players Sunday to help replicate his play against the Broncos.

Arthur Maulet and Tre Norwood subbed in as the nickel cornerback. There were times when the team used Robert Spillane as their inside linebacker in the dime defense to serve as an additional run stopper.

But there was only one player who was out there for Sutton on a full-time basis. Second-year cornerback James Pierre drew that task opposite Joe Haden.