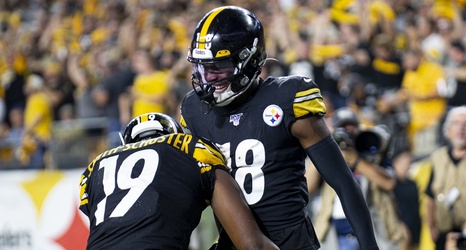 But that's not necessarily something new, despite the fact Roethlisberger is now in his 16th season.

The Steelers accomplished the same feat in 2010, when they won games with Dennis Dixon and Charlie Batch, opening the season 3-1 while Roethlisberger was serving a four-game suspension. They also did it again in 2015, winning games with Michael Vick and Landry Jones starting in place of Roethlisberger.

In both of those instances, however, the Steelers not only veteran quarterbacks to fall back upon in Batch and Vick, they also knew Roethlisberger was going to return at some point.