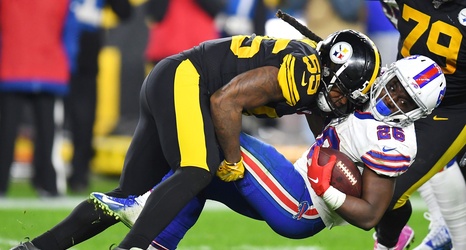 It’s hard not to get excited when you watched Steelers linebacker Devin Bush during his rookie season. He’s an electrifying defender who can make plays at all levels of the field. Though the 21-year old had his inconsistencies throughout the season, Bush is proving to be a pivotal piece of the puzzle in Pittsburgh.

Bush earned a special honor un Tuesday: He was recently selected to the Pro Football Writers all-rookie team. Here’s a look at all of the players who made it this year: