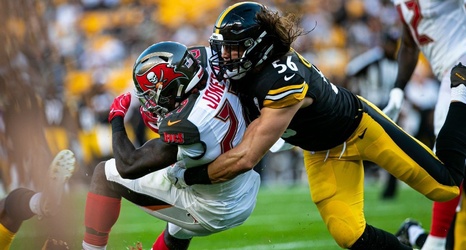 According to court documents, Chickillo was arrested by Pennsylvania State Police and charged with simple assault, property damage and harassment. The 26-year-old was released on $10,000 unsecured bond. A preliminary hearing is scheduled for Oct. 30.

Team spokesman Burt Lauten said the team is aware of the incident and is still gathering information. Chickillo, a five-year veteran, has one tackle and half a sack in three games for the Steelers this season, playing primarily on special teams.