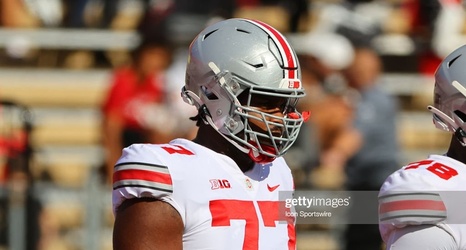 While the 2022 NFL Draft concluded less than one week ago, all eyes within the draftnik community shifted immediately to the 2023 NFL Draft, which appears chalk full of high-end talent across the board, at least head of the 2022 college football season.

Much like PFF and Bleacher Report, McShay has the Steelers addressing the offensive side of the football for a third straight season in the first round, going with Ohio State offensive tackle Paris Johnson Jr.