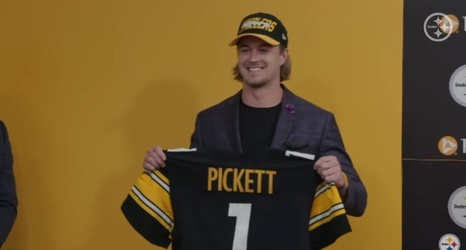 When it comes to ideal landing spots for a collegiate quarterback making the jump to the NFL, you’d be hard-pressed to find a better landing spot for Pittsburgh’s Kenny Pickett than the Pittsburgh Steelers themselves.

That’s obviously where Pickett landed in the first round of the 2022 NFL Draft at No. 20 overall, staying within the same city and same facility he’s spent the last five years at, allowing for a quick, relatively seamless transition overall, at least off the field.

On the field is another story, but NFL.com’s Marc Ross believes that of all the players drafted two weeks ago, Pickett is the top rookie that landed in the best situation to succeed now and into the future thanks to his fit within second-year offense coordinator Matt Canada’s scheme, as well as staying within his adopted hometown of Pittsburgh.