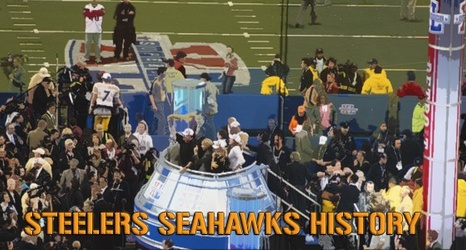 The Seattle Seahawks joined the league as an NFC expansion team in 1976 when the Pittsburgh Steelers were enjoying their most successful era as the best in the NFL.

Overall, the Seahawks edge the Steelers 10-9 in wins although in Pittsburgh, it is the home team that dominates 7-3.

The one postseason game the teams have contested was Super Bowl XL when Ben Roethlisberger was making his debut in the championship game.

Roethlisberger was drafted in 2004 and after three games of his rookie season took over the starting job when Tommy Maddox was injured. Roethlisberger led the team to post season football his first year after finishing top of the AFC North.