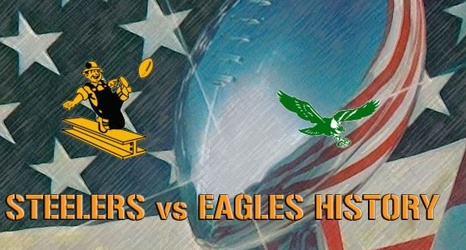 The Philadelphia Eagles and the Pittsburgh Steelers joined the NFL in the same year and over the subsequent years, the Eagles have dominated the Steelers although in Pittsburgh, the record is more evenly balanced at 18-19-1.

The one tie in Pittsburgh was a 20-20 game played in 1963 when the Steelers played three games that finished tied that year. The season opener in Philadelphia finished 21-21 when Lou Michaels kicked three field goals but missed two point-after-attempts that would have given the Steelers the win. John Henry Johnson caught a 11-yard touchdown pass and dived over for another 1-yd score for the other points.