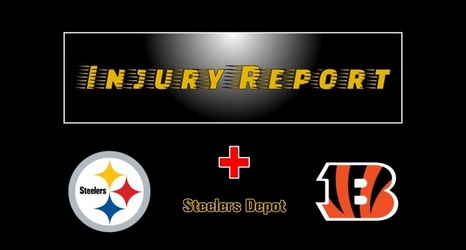 After not practicing on Friday, running back Anthony McFarland Jr. (illness) and guard Kevin Dotson (illness) both end the week listed as questionable for Sunday’s game against the Bengals. Steelers head coach Mike Tomlin addressed the statuses of those two players missing practice on Friday when asked if they are COVID-19 related illnesses.

“No, those are illness-related, but, obviously, being in the heightened circumstance that we are in terms of the intensive protocol, we are exercising all of the proper precautions and not allowing those guys to come to work even though it’s an illness,” Tomlin said.