Steelers Breakdown: A Look at the Defense’s Performance in New York 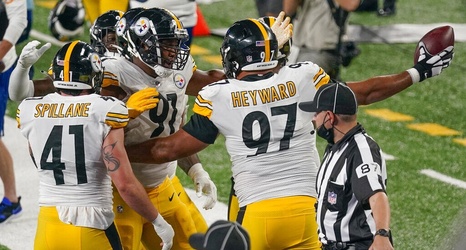 Returning 10 starters from 2019, the Steelers defense got off to a hot start against the Giants to open the 2020 campaign, holding them to just 16 total points. They held superstar running back Saquon Barkley to a staggering 6 yards on 15 carries, sacked Daniel Jones 3 times and picked him off twice for good measure. The defense looked like the same defense that nearly dragged one of the worst offenses in Steelers franchise history to the playoffs a season ago. While it was an extremely impressive performance, it wasn’t perfect but it rarely is. In Tuesday’s presser, Mike Tomlin noted that he would have liked to see them get off the field more efficiently after New York converted on 8 of their 15 third down chances on Monday night.