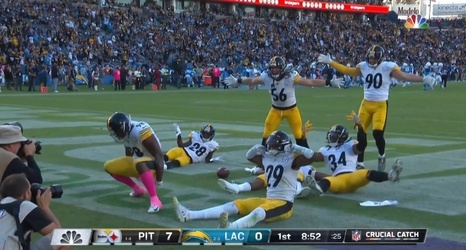 Updated charting for the Pittsburgh Steelers’ defense through the first half of the season. We’ll revisit these numbers in another four weeks.

– Excluding “no plays” (like false start and other pre-snap penalties) and kneeldowns, the defense has been on the field for 550 snaps in 2019. That puts them on pace for exactly 1100 by year’s end, a slightly better pace than where they were at after the first month (on pace for 1156 at that point) but would still be the second most defensive snaps since we began charting in 2014. They had 1102 in 2015.