Stats Of The Weird: Steelers Vs Ravens 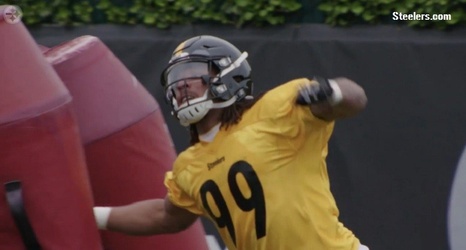 One more time this regular season. But not the last time of the year…which is the weirdest and sweetest part of it all.

– Pittsburgh Steelers won this one 16-13. In the Ben Roethlisberger era, 2004 to 2021, the Steelers and Ravens have played 18 games decided by three points or fewer.

Just sums up how tight this rivalry is.

– The Steelers have now won four straight regular season games over the Ravens, sweeping them in back-to-back years. That’s happened just once in history, joining the 1997-1998 seasons.

– With 33 yards, Chase Claypool led the Steelers in rushing Sunday.