Snap counts vs. the Raiders show the problems with the Steelers defense 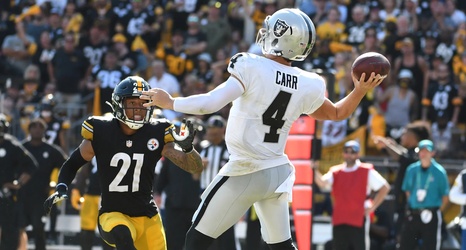 The Steelers lost their home opener, but before they lost on the field, they lost players from the team for the game. Joe Haden and Devin Bush were unexpected scratches from the roster for injury, joining Stephon Tuitt as top Steeler defenders that would miss the game. But before we get to the defense, we need to look at who played on offense.

Trai Turner missed 11 snaps after he was disqualified for apparently spitting at another player, B.J. Finney replaced him, and if Turner is suspended, will likely start for him next week.