Six Options To Be The Steelers Next Offensive Coordinator 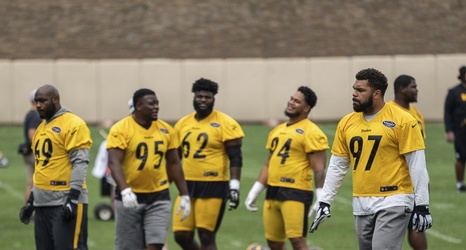 As announced yesterday, the Pittsburgh Steelers have moved on from offensive coordinator Randy Fichtner. Unlike the transition from Todd Haley to Fichtner, the successor is harder to predict. The Steelers may be shaking the status quo and looking for an out-of-house hire. Whoever they hire certainly won’t be as obvious a choice as Fichtner.

This is all speculation but here are six options the Steelers could consider. They’re not listed in any particular order.

The obvious choice if the team wants to stay in-house. Canada is a blend of a known coach, being in the building and part of the team for a year, while being the young, innovative hire teams gravitate towards.