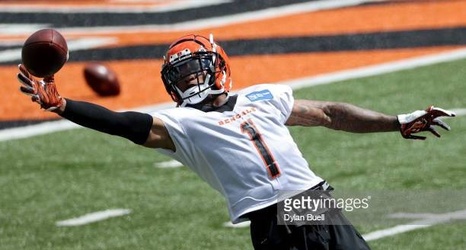 As we’ve been doing for several years now, we’ll break down the Pittsburgh Steelers’ opponent each week, telling you what to expect from a scheme and individual standpoint. Like last year, Josh Carney and I will cover the opposing team’s offense. I will focus on scheme, Josh on the players.

A run game led by a familiar face, RB Joe Mixon. To me, one of the league’s most underrated running backs. And one of its workhorses. Even moreso with Gio Bernard gone to Tampa Bay, Mixon has been *the* guy in the backfield this season.