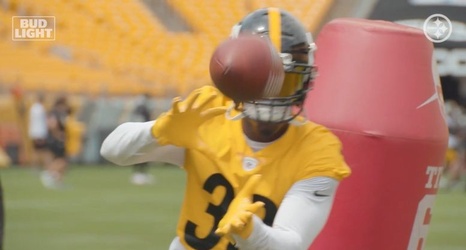 According to his Instagram account, veteran safety Curtis Riley claims to now be a member of the Arizona Cardinals—presumably unofficially at this time, with an official signing pending. As you will recall, he made the Pittsburgh Steelers’ initial 53-man roster, but was released and re-signed to the practice squad after Sean Davis became available and was signed in his stead.

Riley now lists himself on his profile as an “Arizona Cardinals Safety“, and in Instagram stories, posted a photo of himself stepping off a plane in Phoenix. Earlier, he shared a story reading that he and his partner were “sliding into our new destination”.