Ryan Switzer: ‘I Am Optimistic Even How Rough Last Year Was’ 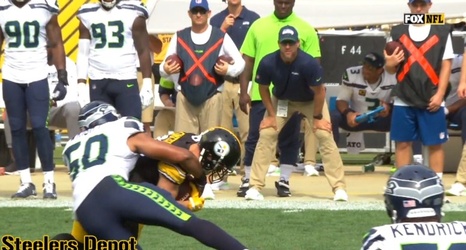 Based on the comments sections on here, it seems as though very nearly everybody is more than ready to give up on Ryan Switzer, and believing that the only chance that he has of making the 53-man roster for the Pittsburgh Steelers again is the fact that he has become good friends with quarterback Ben Roethlisberger—which, admittedly, never hurts a player’s chances.

A fourth-round pick taken by the Dallas Cowboys in 2017, he found his way to Oakland by the following Spring, and then the Steelers acquired him via another trade that same offseason in August. He was successful in his limited offensive role that year, taking short passes and some carries out of the backfield, even showing the ability to take a hit.