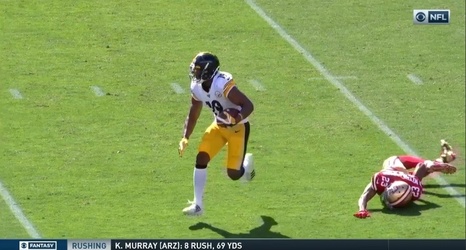 Every receiver wants the ball. That’s just the nature of the position. It’s a bigger problem if a playmaker doesn’t want it. But it’s all about how a player reacts when that happens and according to Mason Rudolph, he’s thrilled with how JuJu Smith-Schuster has handled things. Despite an ugly 3 catch, 15 yard performance on Monday’s box score, Rudolph praised the effort and patience Smith-Schuster showed.

“JuJu’s a team player,” he said via the team website. “There’s going to be games like that where they take him away and other guys have to step up and make plays.