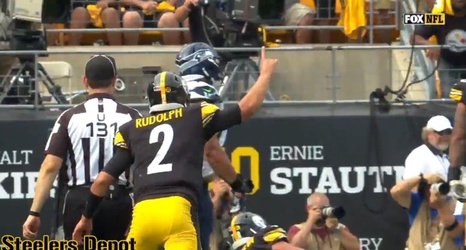 When the Pittsburgh Steelers play the Baltimore Ravens Sunday at Heinz Field quarterback Mason Rudolph will have an opportunity to do what only two other NFL quarterbacks have ever been able to accomplish.

According to a Wednesday NFL release, with at least two touchdown passes on Sunday against the Ravens, Rudolph would become just the third player in league history to pass for at least two touchdowns in each of his first four career games. The previous two quarterbacks who accomplished said feat were Mark Rypien with the Washington Redskins in 1988 and Jay Cutler with the Denver Broncos in 2006.