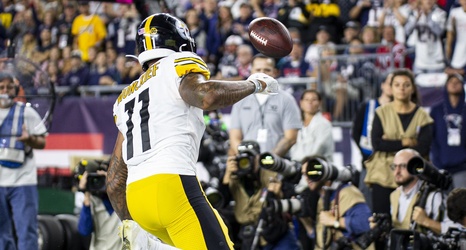 The Steelers knew there might be some growing pains when it came to the idea of replacing Antonio Brown in their lineup.

But they probably didn't expect their passing game to look as disjointed as it did last Sunday night in their regular season opener at New England.

Ben Roethlisberger's final numbers -- 276 yards -- don't look all that out of the norm. But his completion percentage of 57.