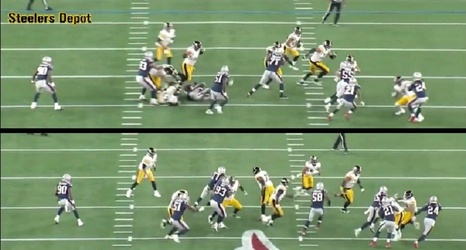 The Pittsburgh Steelers offense failed to convert several short-yardage situations during their Sunday night road loss the New England Patriots and three of those four fails came in the second quarter. The first failed short-yardage opportunity of the game for the Steelers offense happened with 10:40 left in the second quarter and on a third-and-one run play to the right of center from the Steelers 30-yard-line. That run failure from running back James Conner may have gotten inside the head of Steelers offensive coordinator Randy Fichtner for future short-yardage play calls, according to what quarterback Ben Roethlisberger said on Wednesday.