Robert Spillane: ‘You Start To Earn Respect’ Through Reps On Scout Team 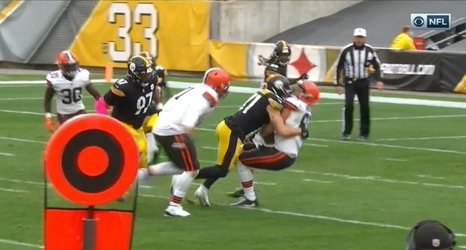 Nobody expects the Spanish Inquisition. Neither did they expect second-year linebacker Robert Spillane to become such an integral part of the Pittsburgh Steelers defense in 2020. But as fate would have it, a season-ending knee injury for Devin Bush opened that door, and now several games into that journey, the team continues to win.

Originally signed by the Tennessee Titans as a college free agent out of Western Michigan in 2018, Spillane recently appeared on SiriusXM Radio yesterday to talk about his journey through this season, and he mentioned that he had a rookie minicamp tryout with the Minnesota Vikings before getting a second with the Titans and finally being signed.