Report: The Steelers are still interviewing wide receiver coaches for 2020 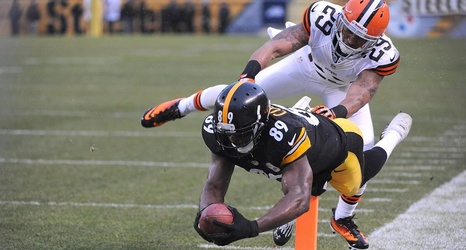 On Sunday, Dale Lolley of DKPittsburghSports reported the Steelers had filled the role of wide receivers coach with former South Carolina coach Bryan McClendon. But according to the Pittburgh Post-Gazette’s Gerry Dulac, the Steelers are still interviewing candidates for the position.

According to Dulac, former Steelers’ wide receiver Jerricho Cotchery is in the mix to fill the Steelers vacant position of wide receivers coach. Cotcherry began his career with the New York Jets for seven seasons before joining the Steelers in 2011. After a career-high 10 touchdown receptions in 2013, Cotchery went on to finish his NFL career with two seasons in Carolina playing for the Panthers.