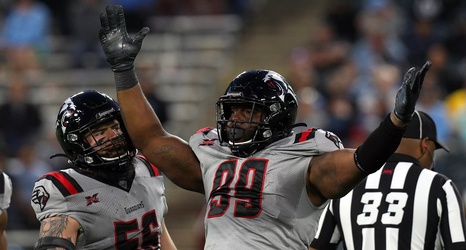 With the restrictions on NFL teams and how they can conduct business when it comes to signing players, often times news breaks of an agreement days before anything is official. For example, it took more than a week for Derek Watt to officially sign his contract with the Steelers after it was reported he was coming to Pittsburgh. With this in mind, the Pittsburgh Steelers are reportedly signing XFL sack leader Cavon Walker to a one-year deal according to NFL Draft Diamonds.

In the five XFL games in which Walker played before the season was canceled, he registered 4.