Report: Early Expectations Are For James Conner To Play Next Week Against Bills 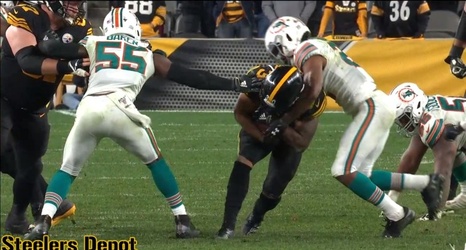 As expected, Pittsburgh Steelers running back James Conner will sit out Sunday’s road game against the Arizona Cardinals due to his injured shoulder. However, there is some early hope that Conner, who has now missed five games this season with his injured shoulder, might be able to play next Sunday when the Steelers host the Buffalo Bills at Heinz Field.

The latest update on Conner’s shoulder injury along with speculation that he might be able to return in Week 15 against the Bills came Sunday morning from Mike Garafolo of the NFL Network.