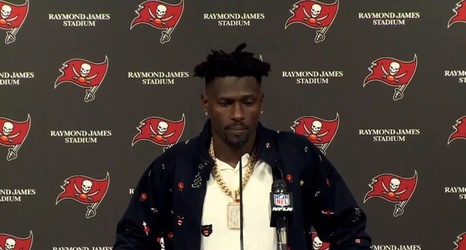 There was a time that Antonio Brown was the best wide receiver in the game. I don’t actually know that that’s no longer true. He’s been through a lot in recent years and has severely impacted his ability to play, but he is still a deadly weapon when he does get on the field.

After a long career with the Pittsburgh Steelers, working with quarterback Ben Roethlisberger, he has played with Tom Brady for the past three years when eligible to play, first with the New England Patriots, then with the Tampa Bay Buccaneers. He had a big game for them on Sunday, catching seven passes for 124 yards and two touchdowns.