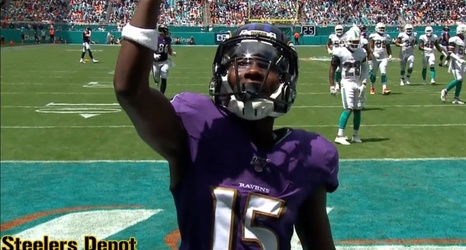 The Baltimore Ravens completely dominated the Miami Dolphins in a record-setting showing. Take that for what it’s worth. They put up 59 points against 10, the most they have ever scored in franchise history, and the most that any team has ever scored on opening weekend.

Lamar Jackson threw six touchdown passes during his rookie season last year. He threw five yesterday, and Robert Griffin III came in and threw another. Free agent running back Mark Ingram contributed another two touchdowns of his own on the ground.