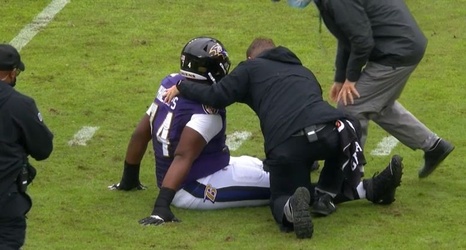 The Baltimore Ravens entered the 2021 season returning just one offensive lineman to his usual spot, that being Ronnie Stanley at left tackle, who suffered a torn ACL in the middle of last season. Two starters were added via free agency, while two others either moved to a new position or graduated from a reserve.

The latter was Tyre Phillips, a second-year former third-round draft pick out of Mississippi State. He did start eight games as a rookie last season, at right guard, but it was initially anticipated that rookie Ben Cleveland would win the left guard job this year.