Ravens Liking Bradley Bozeman’s Work After Moving To Center: ‘It Doesn’t Seem Hard For Him’ 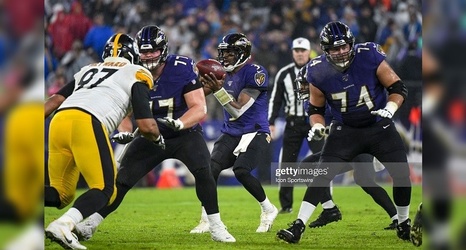 While it shouldn’t come as a shock, it is notable that the Baltimore Ravens have decided to move veteran starting left guard Bradley Bozeman to center this year. The team has faced some instability at the center position in recent years, particularly during the 2020 season, over the course of which both Matt Skura and Patrick Mekari were benched for performance reasons.

The thing is, Bozeman, a sixth-round pick out of Alabama in 2018, was a starter at center in college. It’s not like he’s really making a position switch in the sense of Willie Colon moving to guard in 2012, having never played the position before.