Ravens’ Calais Campbell ‘Preparing Like This Is My Last Year’ 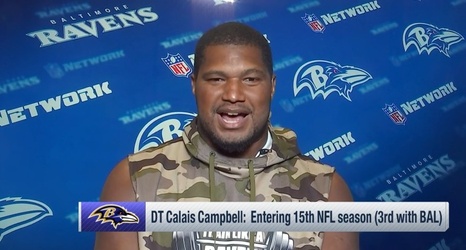 Calais Campbell was the 50th-overall pick in the 2008 NFL Draft by the Arizona Cardinals. There aren’t too many players left in the league who have been around longer. Set to turn 36 years old in a little under a month, on September 1, the former All-Pro is preparing for the 2022 season as if it will be his last.

Now, that certainly shouldn’t take anyone by surprise. After all, regardless of what position you play, when you’re turning 36 years old, you have to begin facing the possibility that every year could be your last. Only a small percentage of players ever even make it that long.