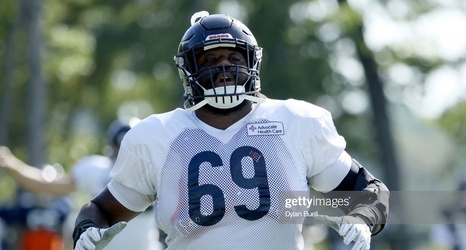 The Pittsburgh Steelers may have lost three starting offensive linemen this offseason, either to retirement or in free agency, but they did at least address the position by signing two as free agents and drafting two more last month. Whether or not all four new faces make the roster remains to be seen, but perhaps early indications point to that possibility.

According to Noah Strackbein of Sports Illustrated, Rashaad Coward has been running with the ‘first-team offensive line at right guard during OTAs, noting that David DeCastro has not been present. Coward, who entered the offseason as a restricted free agent, was not tendered by the Chicago Bears, and signed a one-year, veteran-minimum deal with the Steelers to provide depth.