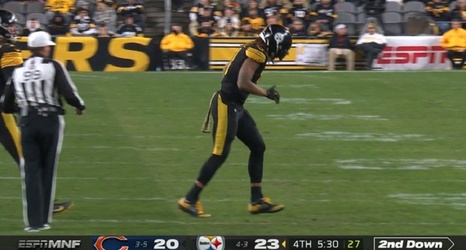 There’s some good news and some bad news when it comes to Pittsburgh Steelers WR Chase Claypool and the toe injury he suffered Monday night. The bad news is Claypool may not play in Sunday’s game against the Detroit Lions and his timetable to return isn’t 100% clear. The good news is that it could’ve been a lot worse.

According to NFL Network’s Ian Rapoport, Claypool is “week to week” with his toe injury. But when he first suffered the injury, some in the organization believed Claypool could miss the rest of the season.

Some relatively good news for #Steelers WR Chase Claypool: His toe injury is not considered season-ending.