Rank: Steelers-Browns One Of The Rivalries To Watch In 2021 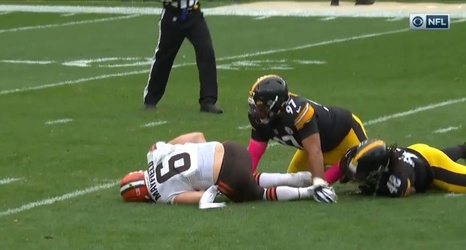 One of things the Pittsburgh Steelers have historically been known for is having great rivalries. You have the Raiders. You have the Cowboys. You have the Oilers. Then, of course, there are the division rivalries (which the one with Houston was in the old AFC Central) of the present day. Games against the Baltimore Ravens are always appointment viewing. In the first half of the previous decade, the Cincinnati Bengals were always a slogfest.

Now, it seems, their biggest rival may be the Cleveland Browns, who knocked them out of the playoffs last year—in fact, beat them twice in as many weeks.