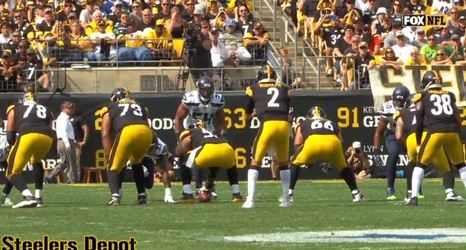 While the Pittsburgh Steelers, really on both sides of the ball but perhaps especially on offense, have been engulfed in a series of forced adaptations, there has at least been one constant upon which they could rely, and that is the veteran-laden offensive line.

Even with a starting five entering today’s game that features two players who started the 2018 season as backups—one even a healthy scratch—the Steelers have a great deal of confidence in what these five players are capable of doing on a weekly basis, and every week it seems as though they are playing closer to their highest potential.