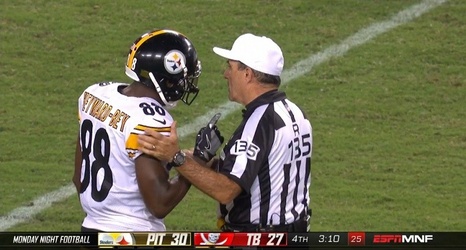 The Pittsburgh Steelers have had little choice but to watch the growth and maturation of not one, but two young quarterbacks, an inevitable consequence of what has befallen the franchise in the wake of Ben Roethlisberger’s season-ending elbow injury. His initial replacement was 2018 third-round pick Mason Rudolph, and he showed progress—until he didn’t.

And when he started turning the ball over, head coach Mike Tomlin made the executive decision to pull the plug, instead pulling the reins in the hands of Devlin Hodges, an undrafted rookie out of Samford.