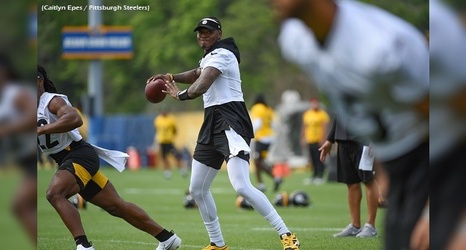 Dwayne Haskins’ time with Washington clearly didn’t work out well. But new Pittsburgh Steelers’ QB coach Mike Sullivan doesn’t care about what happened there. All he’s focused on is what Haskins is doing right now in a Steelers’ uniform. And so far, he’s impressed with what he’s seen. Sullivan spoke to the media during a Tuesday Zoom call and was asked for his initial thoughts on Haskins.

“Since Dwayne has been here, He has shown great focus, great discipline,” Sullivan said. “He’s been committed to doing everything that we’ve asked him to do. He tries to do extra.