Pro Football Focus ranks the top offensive lines in the NFL, and the Steelers are in the Top 10 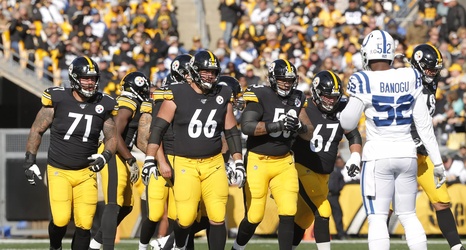 The Pittsburgh Steelers are a proud franchise, and mostly known for their defense. When people think of the Steelers, they often think of menacing defenses with “Mean” Joe Green, Jack Lambert, Troy Polamalu, James Harrison, Greg Lloyd and Rod Woodson.

But the past few seasons one of the most dominant units on the Steelers has been their offensive line. Protecting Ben Roethlisberger is priority No. 1, and that has always been the case with the black and gold along the front lines.

In 2019, when Roethlisberger was injured, the offensive line struggled with Mason Rudolph and Devlin Hodges at quarterback.