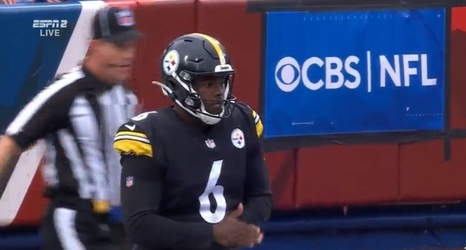 The Pittsburgh Steelers dressed seven rookies for Sunday’s game against the Buffalo Bills. Six of them started, including seventh-round defensive back Tre Norwood, who spent time throughout the game rotating as the team’s nickel back, playing in the slot. He also dropped back to play safety at times with Minkah Fitzpatrick dropping into the box.

The four offensive starters we know, as they were all the Steelers’ top four draft picks—running back Najee Harris, tight end Pat Freiermuth, and linemen Kendrick Green and Dan Moore Jr. The other, of course, was seventh-round punter Pressley Harvin III.

And it didn’t take long to make it obvious that he has some work to do.