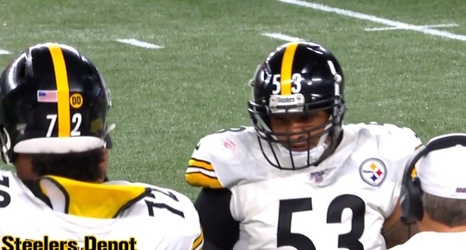 In what I’m sure qualifies as shocking news, the Pittsburgh Steelers can’t have to have Maurkice Pouncey back on the field. He’ll make his return this Sunday after serving a two-game suspension for his actions in the Steelers/Browns fight two weeks ago. Count Mike Tomlin as one of those guys eager to get #53 back in uniform.

“You know, he’s our captain,” Tomlin told reporters Tuesday afternoon. “He’s a quality player. He’s a leader on and off the field. And so it’s significant.”

Without him the last two games, the Steelers’ opted against having an offensive player on the field for the coin toss, a nod to his absence and what he means to the group.