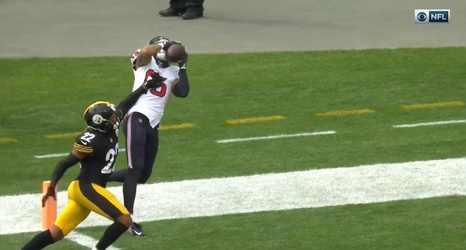 It wasn’t a promising start by any means, but all that matters is the finish and the Pittsburgh Steelers closed it out in style, punishing the Houston Texans in the second half, picking up a 28-21 win to move to 3-0 on the season.

The win on Sunday at Heinz Field sent Ben Roethlisberger into the franchise record books in style, giving him a win in his franchise-record 221st game in Steelers’ history.

At the half things were a bit concerning as the Texans struck late, but make Houston 37-4 in games that they lead at the half under Bill O’Brien as the Steelers mounted a comeback in the second half to remain perfect on the year.