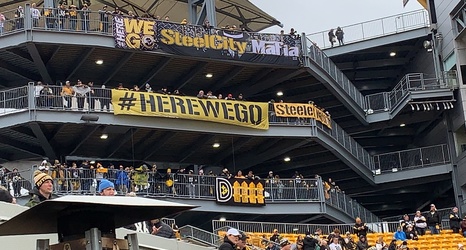 The Pittsburgh Steelers were a home underdog to the Cleveland Browns for the first time in 30 years. A TribLive article noted that the last time this happened Chuck Noll was head coach. The Browns easily covered the two-point spread winning 51-0 on September 10, 1989. The Browns have not swept the Steelers since 1988 and that version of the Browns became the Baltimore Ravens a few years later. It’s about seven hours to kickoff. Let’s hope that the Steelers buck the odds today.

In 30 years, the #Browns have played in Pittsburgh 27 times (including playoffs).