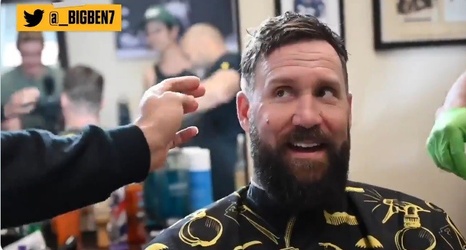 There was plenty of excitement about Ben Roethlisberger’s video released yesterday, showing him throwing NFL-caliber passes for the first time since his season-ending elbow surgery last September. In celebration of that achievement, as Roethlisberger has insisted he planned to do, he cut his hair and trimmed his beard. That normally wouldn’t raise any eyebrows but in the middle of the COVID pandemic with barbershops closed, it’s created a bit of a controversy.

Including from Pennsylvania governor Tom Wolf, who was asked about Roethlisberger attending Norman’s Cut ‘N Edge, a Sewickley (that’s in the suburbs of Pittsburgh for those wondering) barbershop to get cleaned up.