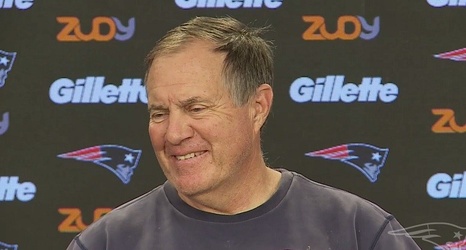 More drama from other teams. How fun. As the New England Patriots come off their third loss in the past five games—suddenly looking quite vincible—they now have a minor controversy on their hands, and it’s of course yet another incident involving somebody associated with the organization recording opponents.

As the story goes, the Patriots sent a film crew to the Cleveland Browns’ home game versus the Cincinnati Bengals on Sunday in order to document their pro advance scout, in attendance for the game. They are said to have gotten permission from the Browns to film there.